Something I forgot to post before I went to France. 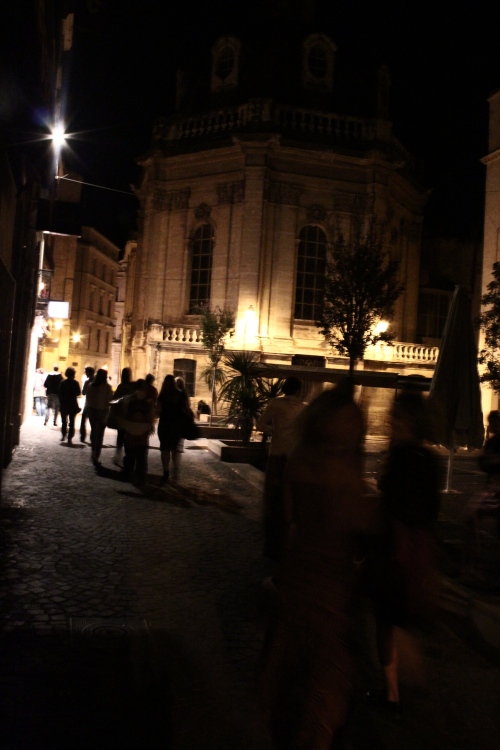 Montpellier is rilly fun. It’s really French, everyone walks around carrying baguettes, and the cheese and wine is really cheap. It’s been really warm and hot, but there is a chill in the air now (23 degrees) so beach trips are probably gonna have to stop taking place. This is a food blog so I should probs talk about the food and not the heat and my tan. Urm, well, in the excitement of moving I haven’t had that much time to dedicate my time to cooking. I’m very content to eat cheese, salad, lentils, cheese, bread and raped carrots. The hummus here is awful, it’s so bland and overpriced. They do sell Yarden, but it’s about 4 euros for a pot. It makes me sad. I could make my own, but the 30p chickpeas I get in Leeds are hard to come by as well. Too much hummus talk. 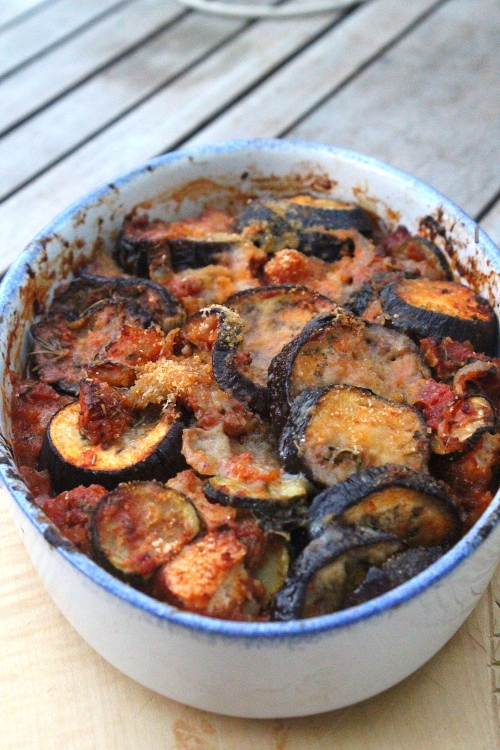 It’s a shame I didn’t write this post when I made the meal because now I have completely forgotten the method of how to make it. I remember making it, eating it and liking it, and the memory in my mind should be enough to help me recreate the recipe 3 weeks later. It’s so basic that it doesn’t matter if I go a little off course. It’s basically an aubergine parmigiana. Just aubergines, tomatoes and parmesan. Yum. 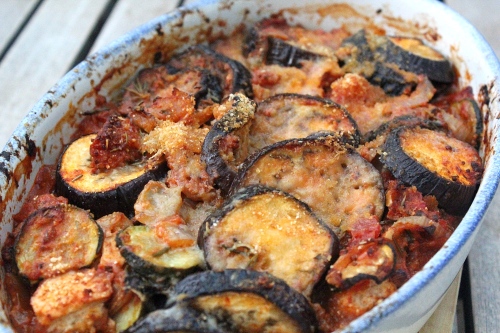 -1 clove of garlic, crushed or chopped

-Preheat oven to gas mark 6, 200c  and grease the inside of a large casserole dish.

-Okay, here’s what to do with the aubergines. Sprinkle your medallions with a generous amount of salt. But not too much. Leave them for at the very least 15 minutes. I tend to do this in the morning, put them in the fridge and then come back later but that’s cos I’m lame.

-Wanna know what this does and why it’s important? Aubergines are very watery, like courgettes and strawberries. So normally what happens when you cook aubergines is that they swell with all the moisture that’s trapped inside them. They’re like a sponge, they just have so much water in them. Hence why people say they’re ‘spongy’. Salt, as you probably know, draws the moisture out of the aubergines. It basically draws out all liquid from them, leaving them with their distinctive flavour with no water masking it. This means that when you cook aubergine they have just their flavour and they also absorb the flavour of whatever they’re cooking with, making them delicious. There. Salt is important.

-While your aubergines are left to sit, make your tomato sauce. So fry up your onions and garlic in some olive oil and salt. Once the onions have softened add your chopped tomatoes, water, herbs and sugar. Give it a taste, it might need a bit more seasoning.

-Bring the sauce to the boil and leave to simmer for 10 minutes.

-Once you’ve done that, it’s time to start layering. Place 1/3 of the aubergines on the bottom layer of the casserole dish, top with a 1/3 or the tomato sauce, and then 1/3 of the parmesan. Do the same for the next two layers (i.e, until you’ve finished your ingredients).

-Top with the breadcrumbs, and  a bit more parmesan if you’ve got some to spare. THEN, pour olive oil liberally (I’m thinking 3-4 tbsp) over the dish. I’m not trying to be all American and make it unhealthy, but it gives that extra something the aubergines can absorb.

-Place in the oven and cook for 1hr and a half, if it looks like the top is burning, cover with foil. I cooked mine for ages just so the aubergines almost disintegrated into nothing when I prodded them. You know it’s ready when the top has browned, and when you poke a fork into the dish, it’s REALLY SOFT.